Dall Lodge Country House is surrounded by more then 20 Munros and many more Corbetts and smaller hills, perfect for walks and hikes for all ages and fitness levels. Discover remote glens and magical lochs and lochans, traditional villages and stunning nature with its exciting wildlife.

Hire a boat, a canoe or a kayak to have a look at the ospreys fishing at Loch Tay and with some luck you might spot some other rare birds, beavers, otters or stags, which make for excellent photos.

Circle the loch with a hired bike or take a tour along the old railway line to Glen Ogle. Also find untouched boulders there, ideal for climbing and bouldering. All necessary gear for biking and climbing can be rented in Killin.

And of course never forget to take your camera to capture all the magical moments and the amazing light you get out in the landscape! For a less adventurous day go and have fun on the tennis court or bowling green, just next door!

A selevtion of our photographies for inspiration and to get a feel for the lecation can be found in our Gallery. 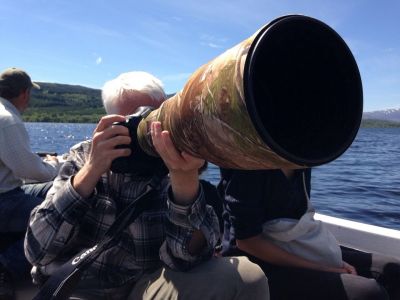 Lots to see and do at Loch Tay 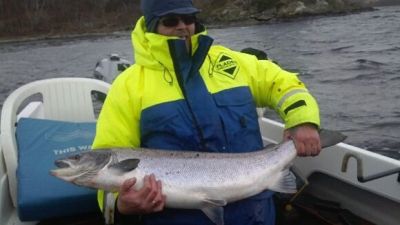 Our ghillie with a 28lb salmon on Loch Tay 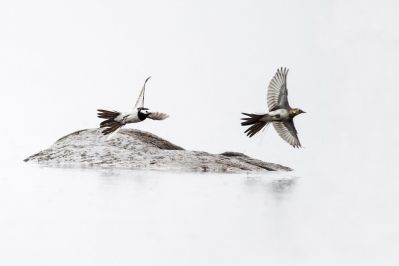 Roman offers wildlife photography classes in and around Killin but also all over Scotland. By now he has become an expert in finding and approching Scottish wildlife. Each season he offers a one-week class/tour, always with focus on the seasonal highlights e.g. puffins & sea-eagles in summer; mountain hare, ptarmigans, grouse & stags in spring. If you are interested in joining a tour please find more photos as well as more info about the tours on Romans website. He is also available for private tour hires or group classes.

We would be delighted to organize a trip for you with our fabulous local ghillie, Grant Tigwell from "Loch Tay Fish `n`Trips". Go fishing for salmon, trout or pike - or just do a nice boat trip around the loch and discover the variety the local wildlife. Nobody knows the loch and its shores with its two tributaries river Lochay and Dochart better than Grant does! For more information also see his website or his current fishing statistics.

Prefer golfing?
In Scotland, the origin country of golfing many beautiful and also affordable golf curses can be found. The Killin Golf Club offers a well-maintained and beautiful 9-hole golf course with green hills and a friendly and welcoming atmosphere. People who are new to golfing can book a beginners course.
You will also find many well known golf courses nearby, for example at Kenmore, Aberfeldy, Pitlochry, Aberfoyle, and many more. The popular golf curse in St. Andrews can easily be reached in a daytrip.

Scotland’s interesting and unfortunatly also violent history is visible everywhere in and around Killin. Almost every historic era is refeflected by the different sights aroung the village. Many Clans like the McNabbs (their clan graveyard is located here), the McGregors or the Campells made themselves a home here. The ruins of Finlarig Castle, built in the early 17th century by the 'Black' Duncan Campbell of Glenorchy, can still be viewed- including its beheading pit where ones the guillotine did its horrible work. The famous Rob Roy McGregor himself visited the castle in 1713 and his grave is just a short car drive away from Killin at Balquhidder.

I, Monica, am very intrested in the local history and I offer history tours through Killin. There are different routes to chose from. Just contact me via our contact form or in person. Prices are between £15 and £30 per person, depending on tour.

Not enough Scottish heroes yet? Visit the Wallace Monument near Stirling which honours William Wallace ("Braveheart") who led the battle of Stirling Bridge against the English, the Bannockburn battlefield where an evocative visitor centre tells the story of Robert Bruce’s famous victory, and Stirling Castle itself where Mary Queen of Scots was crowned in 1542!

To go even further back in time, have a look at the amazing Crannog Centre near Kenmore and see how people used to live in crannogs in the area 2500 years ago! Or how about some mystery? Learn everything about the accurate prophecies of the "Lady of Lawers" and visit her village of birth.

And these are just a few ideas from many other possibilities you can explore in and around Killin to learn more about its past and the many cultures that have lived in the area. 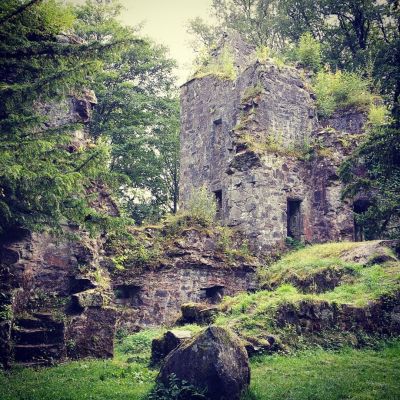